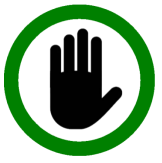 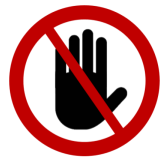 There’s no doubt Osbourn Dorsey’s invention of 1878 was a marked improvement from the crude door handling devices that existed back then. Although the bright idea was not originally a hands-free door opening concept, it did combine a quick twist of the wrist with a retractable sliding latch to offer ease of use, convenience and even security. When the door knob first caught on in popularity, it was used for all types of doors in all kinds of places. The invention was simple enough that adding a locking mechanism; whether integrated or external to the knob, meant it could be employed on doors that offered no security as well as doors that needed high security locks. This versatility in application and environment has made the door handle a widely accepted and virtually unchallenged product idea for over 140 years. Unsurprisingly, the levered door handle is the most common device in the world for manually opening a door.

An Old Design Not Suited For Modern Facilities

Despite the impressive longevity of the common door handle, it isn’t perfect. Whether it’s a knob or a lever, all door handles demand the human hand to operate properly. This is now an obvious problem in a world that’s rapidly becoming increasingly concerned about the spread of disease. Fomite surfaces in public places like door handles give safe harbour to viruses and bacteria. The main function of a door handle is to permit control over the movement of a door. We use our hands; the most dexterous part of our body, to move stuff around us all the time without having to reposition our torso. It would seem this choice of appendage is perfectly fitting for pulling, pushing and rotating door handles. So given these known problems associated with the touching of door handles in public places, why are we still opening doors like it’s 1878? Blame the manually operated latch.

Latches are an integral part of many door handles. The main function of this component is to make the door achieve a “latch positive” position. This is the term used to describe the situation when the retractable part of a door handle latch is positioned inside the strike plate opening. It’s interesting to consider that the rotational twisting motion of the handle and the direction of latch movement during retraction have no relation whatsoever to the direction of travel for the door itself. In other words, grabbing and turning a door handle does nothing to open a door, it simply moves the latch out of the way so the door can then be opened by applying a pulling or pushing force. This would appear to be an original design flaw that we’ve all just accepted for a very long time. Given enough thought, it begs the question – is there any user benefit to why a door latch must always be retracted manually – and not automatically – before opening? More importantly, should we all continue to place our hands on door handles in public places that only work if a hand is used to operate the mechanism?

The Hands-Free Door Solution For Restrooms

Besides being generally disgusting, single occupancy restroom privacy locksets present a well documented hygiene threat. Touching the door handle on the way out of a restroom is dreaded by just about everyone. This has been a well established phobia long before the Coronavirus disease hit in early 2020. Some people use an extra paper towel for the necessary touching, turning and pulling. Others might pull down a shirt sleeve as part of their no-touch exit strategy. It’s evident that a significant number of public restrooms have long been equipped with technologies like touch-less flush toilets, touch-less soap dispensers, touch-less faucets and touch-less hand-driers. Yet incredibly, the door handle – which cannot be avoided on the way out – has still not evolved to offer hands-free operation. We need better. We need a Manifesto.

It’s time for a rethink on how we interface with public door handles, especially those installed on single occupancy restroom doors.
Fresh ideas combined with high quality manufacturing methods will produce a familiar but improved solution for the betterment of society. The Restroom UP LoK™ has been designed to be a hands free door solution by satisfying the following objectives:

View of the Restroom UP LoK as seen from the ingress and egress sides of the door.